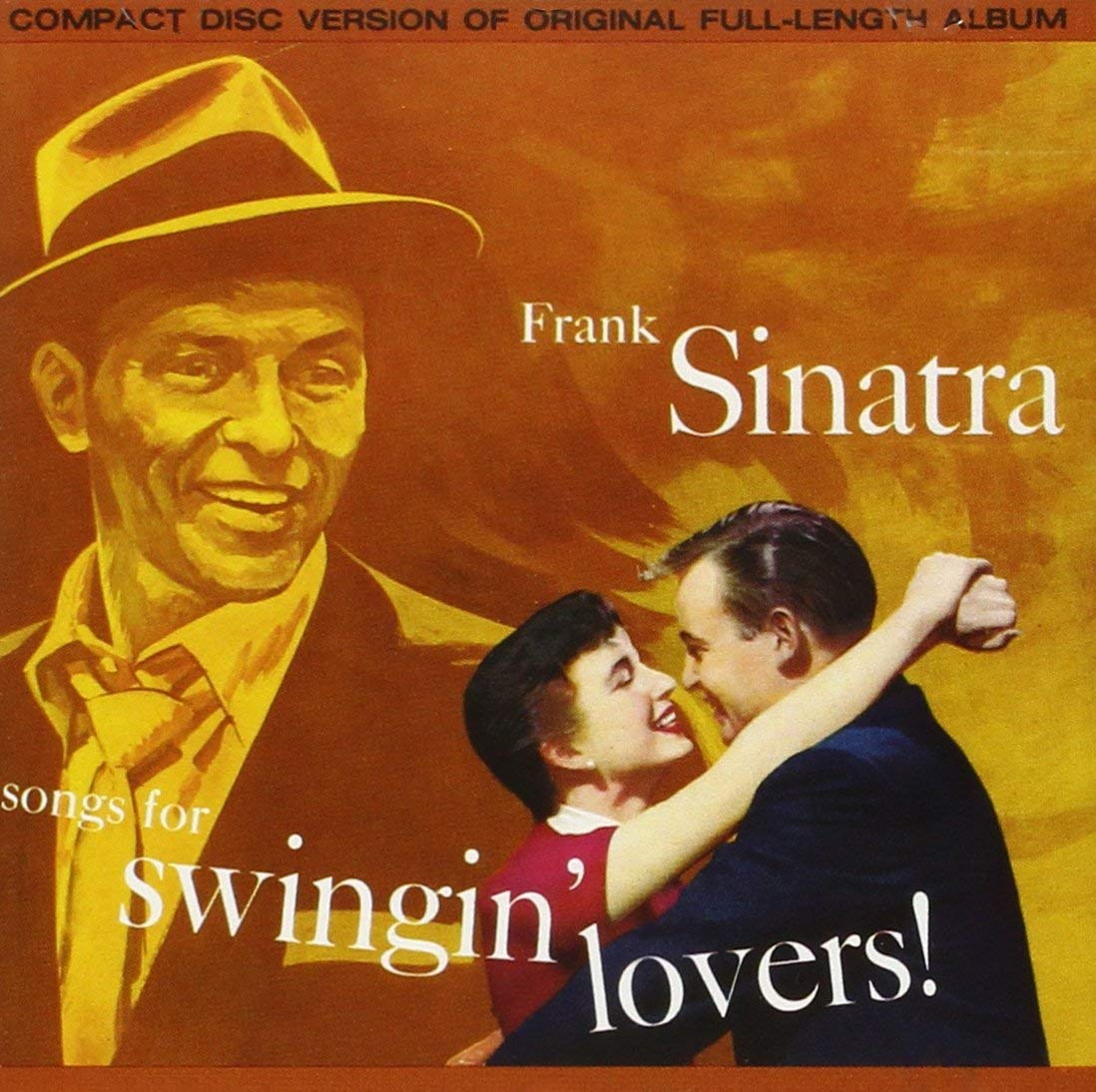 Songs for Swingin’ Lovers was the first official No. 1 album in the UK charts, reaching that position on 22nd July 1956 and was number one for a total of 3 weeks.

I remember listening to this album quite a bit at my Nana’s house on a Sunday as she was a huge Sinatra fan (and a huge musicals fan, but more on that later on).

Being brought up with huge music fans in the family made me love music in all its genres and forms.

The family was also a huge lover of films (not telly though) and this will also influence what I’m going to write about.

This blog is going to contain reviews for all the UK # 1 albums since the chart started in 1956, plus other music, film, and book lists (and any other lists I want!) as I get round to them.

I want to listen to a #1 album a week, but sometimes this may be more if the album is really poor (I’ve already seen some that are going to fit into that description straight away 😉 )

So onto this album by Frank Sinatra.

As I said I remember listening to this and many other albums like it as young ‘un at my Nana’s house and this holds a lot of fond memories for me, probably being one of the earliest introductions to pop I can remember.

All of the tracks on here are classics, though ‘You Make Me Feel So Young’ is the track that sticks out for me, remembered after all these years, fresh and danceable it really encapsulates the energy of the era and this album.

The rest of the album is sleek, riffing off Frank Sinatra’s smooth voice and wonderful arrangements, ‘Pennies From Heaven’ being another classic that I remember as being one of my Nana’s favourites, though my Uncle (who’s a big Elvis fan) really loved ‘I’ve Got You Under My Skin’.

An album of its time with some great jazz tracks from Frank Sinatra, arranged beautifully with no spare tracks on it.

Liked it? Take a second to support BigBeardedBookseller on Patreon!

This site uses Akismet to reduce spam. Learn how your comment data is processed.

Support me on Ko-Fi

Bookseller who has a big beard, many books (never enough books) and a cat (of course a cat).

I do things about and with publishers and bookshops.

Also love film and music, not as much as books but it’s a close run thing.